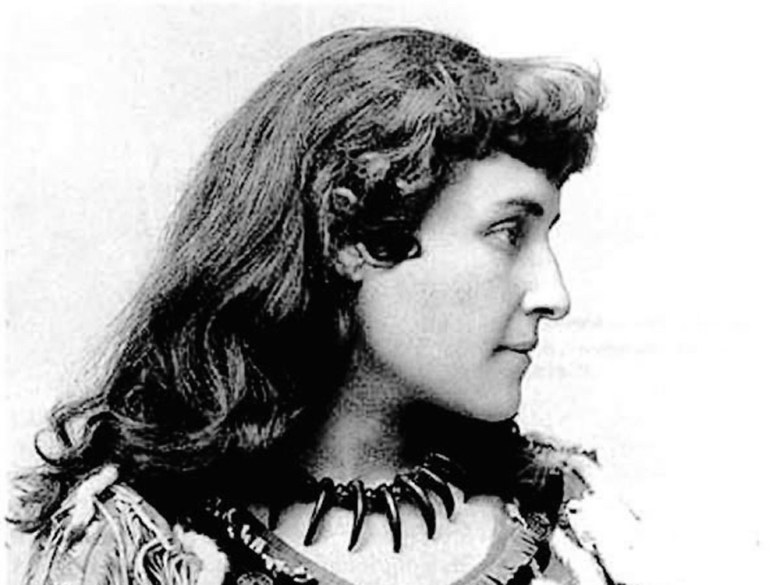 Emily Pauline Johnson was born in 1861 to a Mohawk Chief and an English woman. She would go on to become one of North America’s most celebrated poets and performers, and would finish her career here in Vancouver. Her life and accomplishments are discussed in The Dark Secrets of Stanley Park Tour. Have you ever visited Lost Lagoon in Stanley Park, and wondered how it got its name? You have E. Pauline Johnson to thank. “This was just to please my own fancy,” she once explained. The tide took away her favourite resting place, often for days at a time. So she christened it the “Lost Lagoon” in one of her most celebrated poems. For that reason, many years after her death, the park board officially gave it the name we know. Ironically, it had already become permanently landlocked by 1922, and could disappear no more.

The Best of Both Worlds

An interracial marriage, such as her parents’, was the subject of much criticism at the time. But there were also a number of advantages to her mixed race upbringing. Her mother instructed her at home, instilling in her a deep love of English literature. From her father, she learned a deep respect for her Mohawk ancestry. Chief John Smoke Johnson, her paternal grandfather, taught her the language and oral traditions of the Mohawk people. 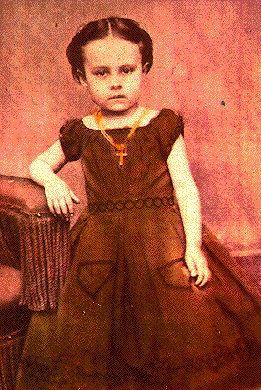 Emily Pauline Johnson – as a child

After publishing her poetry in magazines from New York and Toronto, Johnson took her poetry on tour. Her early musings on the beauty of nature gave way to something new. She was always aware of the racism that surrounded her, and she used her poetry to fight back against it. In January of 1892, she was invited to read at The Young Men’s Liberal Association, in Toronto. She found herself among several older and more established writers. When it was her turn to speak, she launched into A Cry From An Indian Wife, which finishes with these words:

Go forth, nor bend to greed of white men’s hands,
By right, by birth we Indians own these lands,
Though starved, crushed, plundered, lies our nation low…
Perhaps the white man’s God has willed it so.

That boy’s club didn’t know what hit it. After a stunned silence, the room erupted in applause. The reviews were effusive. Johnson discovered that she had as much of a knack for performance as for writing, and she began to perform her work rather than simply read it. She devised elaborate costumes, influenced by her mixed ancestry. Audiences were delighted. In 1909, she settled in Vancouver, where she lived the last years of her life until her passing from breast cancer in 1913 at the age of 52. Her ashes are buried beneath a monument in Stanley Park, which reads: “In memory of one whose life and writings were an uplift and a blessing to our nation.”