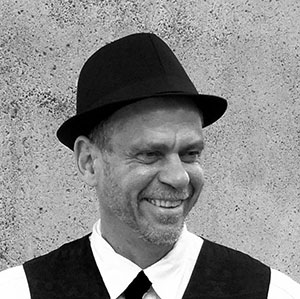 The team at Forbidden Vancouver has suffered a great loss.

Our Founder and Chief Storyteller, Will Woods, put pen to paper to say goodbye to someone that will long be missed.

Rob was the second storyteller to join the team – until then I had been running Forbidden Vancouver by myself. I remember meeting him in a Davie Street coffee-house for an ‘interview/chat’ and being struck by his obvious passion for Vancouver history. It was the first of many long conversations about the city’s past – and a whole host of other topics – that we were to share over coffee, or a late-night post-tour beer.

Rob was the kind of person you could talk to for 10 hours straight and never get bored. There would never be a dull spot in the conversation. It was no wonder that he was a enthralling storyteller and that guests loved his work.

In the beginning, we did tours together. He was “Head of the Chinatown Desk” and would leap into action behind the Sam Kee building on Pender, with tales of Chinatown’s past. Before long he was running tours himself.

I will remember Rob as a kind, creative, optimistic and passionate man. As sad as I am for losing Rob, I am grateful for the privilege of having known and worked with him. He believed in me from day one, and for that I am profoundly thankful.