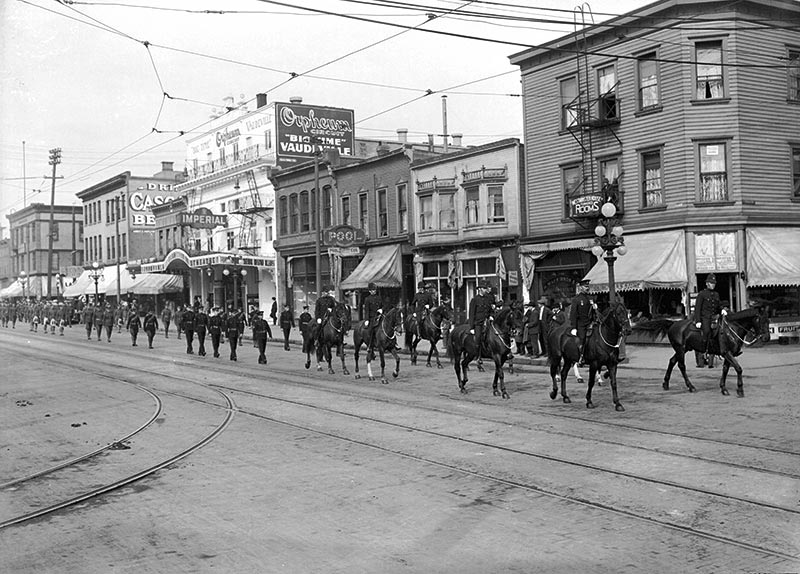 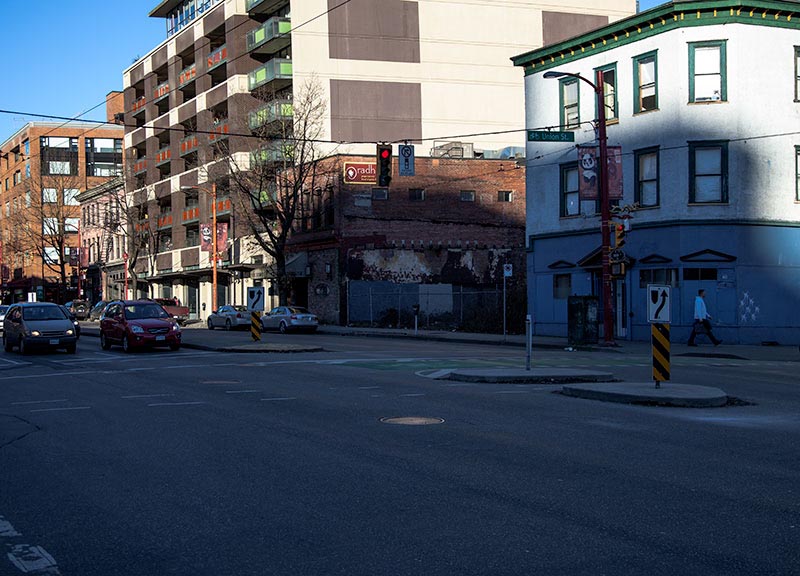 Only one of the buildings in the 1914 photo is likely to survive much longer, the London Hotel on the southeast corner of Main and East Georgia streets. The building farthest to the left was built by Charles Woodward for his first Vancouver store in 1891 and lasted until the parking garage replaced it in the 1980s. In 1904 Woodward moved his store to new digs at Hastings and Abbott – one of the stops on The Forbidden Vancouver Tour. The Imperial Theatre was a beautiful 1912 building that in 1914 was the temporary Vancouver home of the Orpheum vaudeville circuit until it moved into the old Vancouver Opera House on Granville Street the following year. The Imperial was later repurposed, first as a church and then an auto-wrecking shop. In the 1970s, it reverted back into a theatre, the city’s first porn cinema called Night and Day and later the Venus. It was knocked down for the Ginger condo development that’s there now. The building on the right until recently was the Creekside Student Residence, more famous for the Jimi Hendrix Shrine in the back on Union until it relocated to Homer Street. This building lot, the empty lot, and the 1904 Brickhouse bar and Radha Yoga building are slated to be redeveloped into another condo complex. As a wink to the past, the plan is to incorporate the recycled Brickhouse bricks into the new building and have some of the ground level storefronts facing Park Lane, the alley in the back that was once part of Hogan’s Alley. The 1914 photo shows the funeral procession for VPD detective Richard Levis, who was killed in the line of duty. Stuart Thomson, City of Vancouver Archives #CVA 99-1269