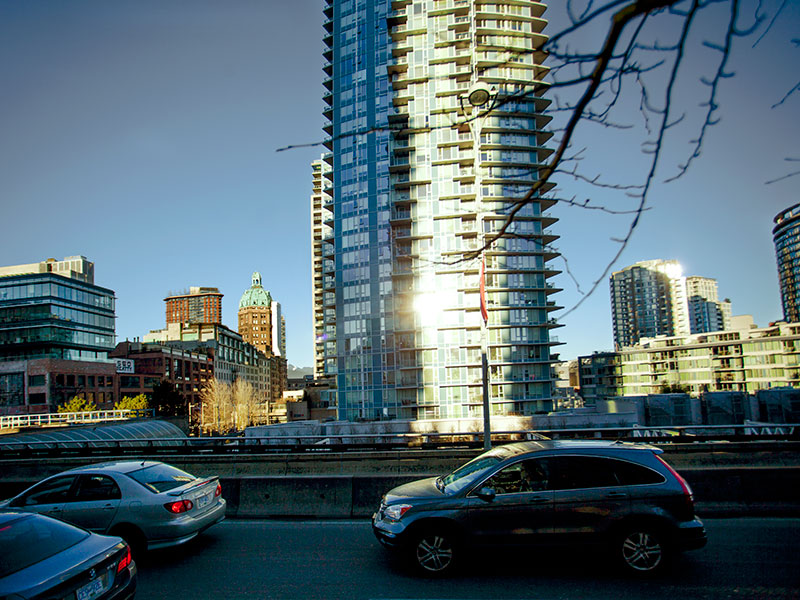 The Sun Tower has a fascinating story, which we delve into on The Forbidden Vancouver Tour. The first photo was taken from the recently opened Georgia Viaduct. It was replaced in 1972 with the Georgia and Dunsmuir viaducts seen in the 2017 photo. In the 1980s this area was to be part of the Expo 86 grounds, but was used for parking instead and is now home to the International Village shopping mall and condo development. The Sun Tower (called the World Building in 1915) and warehouses on Beatty Street are all that remain from this vantage point. Circa 1915 photo by Richard Broadbridge, BC Archives #B-00406.