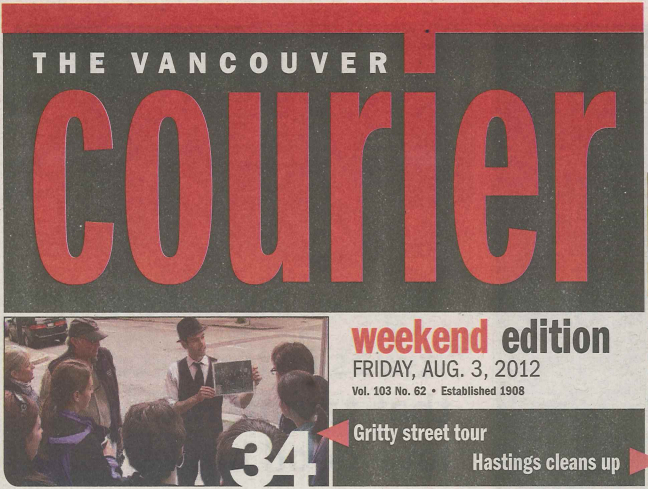 The tour was developed by Will Woods after spending nearly a year digging up the city’s dirtiest history in the Vancouver archives. He quickly realized the city needed a walking tour all about prohibition – a topic rife with scandal. Plus, who even knew prohibition existed in Canada?

Will debuted Prohibition City in May 2012 and it has run ever since, attracting rave reviews on TripAdvisor! 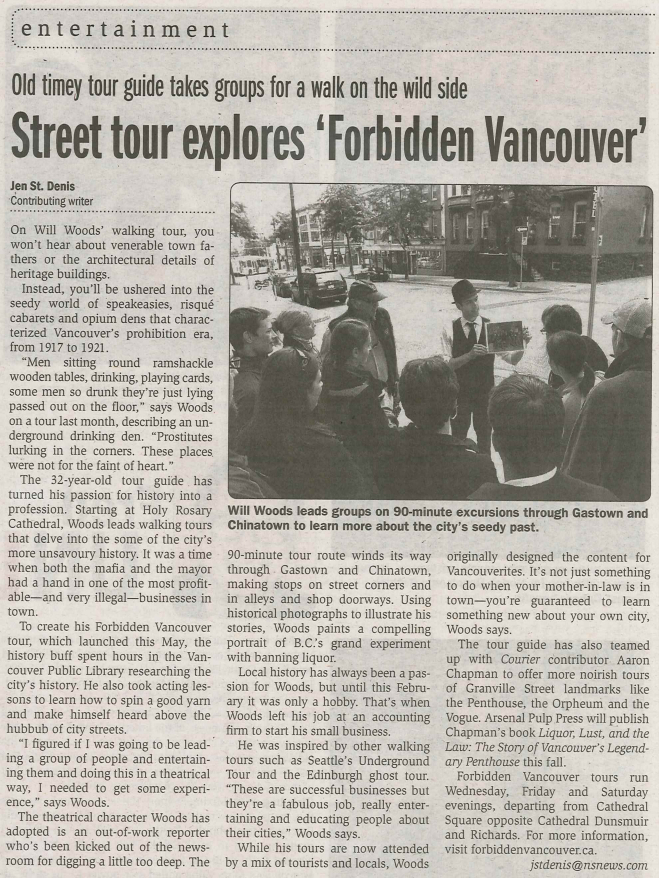 Will spoke in the article about being inspired by Underground Seattle and the Edinburgh Ghost Tours – both companies that add a big dose of flair to their historical subject matter. He figured Vancouver needed something similar!