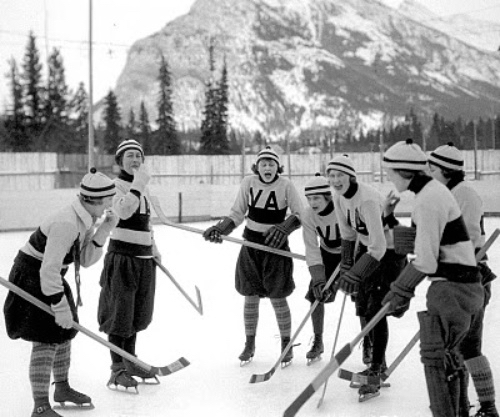 A Vancouver women’s hockey team made history in 1921.

On The Forbidden Vancouver Tour, you’ll discover how women in Canada fought for recognition. And their fight to play in the political arena paralleled their struggle to play in hockey arenas.

Since before WWI, amateur women’s hockey thrived in this region. As far back as 1900, the city of Rossland hosted an annual tournament. New Westminster also began hosting competitions in 1914. But as hockey arenas were commandeered for the war effort, women’s hockey struggled to survive. Women’s struggle to stay in the hockey arena paralleled their struggle to play in the political arena. On the ice and off, women were fighting for recognition.

The Rise of the Amazons

In 1918, an ambitious group of high school girls kicked the butts of the Vancouver Ladies’ Hockey Team. They called themselves The Amazons, and they were as fierce as their mythological namesakes. They played a strong, aggressive game. Not only were they cheeky enough to win, but audacious enough to declare themselves the B.C. champions! It was a controversial declaration. Their claim would soon be put to the test. 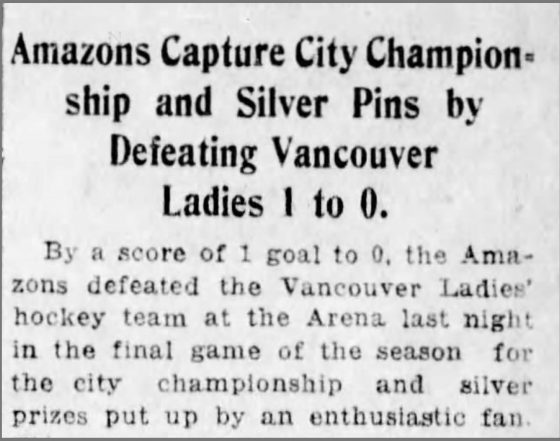 In 1921, the Alpine Club of Canada donated a trophy for women’s hockey to the Banff Winter Carnival. The Alpine Cup raised the profile of women’s hockey – women now had their own Stanley Cup to play for! The Calgary Regents won the cup that first year. But the Vancouver Amazons, still feeling the sting of defeat, bounced back with a vengeance.

The Amazons Strike Back

At a West Coast women’s championship the same year, the Amazons played against the Victoria Kewpies and an American team – the Seattle Vamps. It was the first international competition for women’s hockey in history. The Amazons won every single game, and furthermore, didn’t allow a single goal. While still riding high on their historic victory, they returned to Banff the following year. They were ready to compete once more for the Alpine Cup.

In the championship game, they squared off against their old rivals – the Calgary Regents. Kathleen Carson, much celebrated for “having a shot like a man’s,” tied the game – forcing it into overtime. She scored again, winning the championship and earning her team the much coveted title: “Lady Champions of Western Canada.” 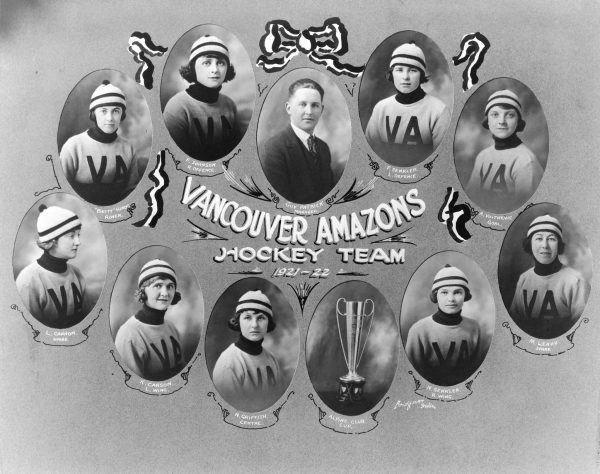 The Vancouver Amazons with the Alpine Cup.