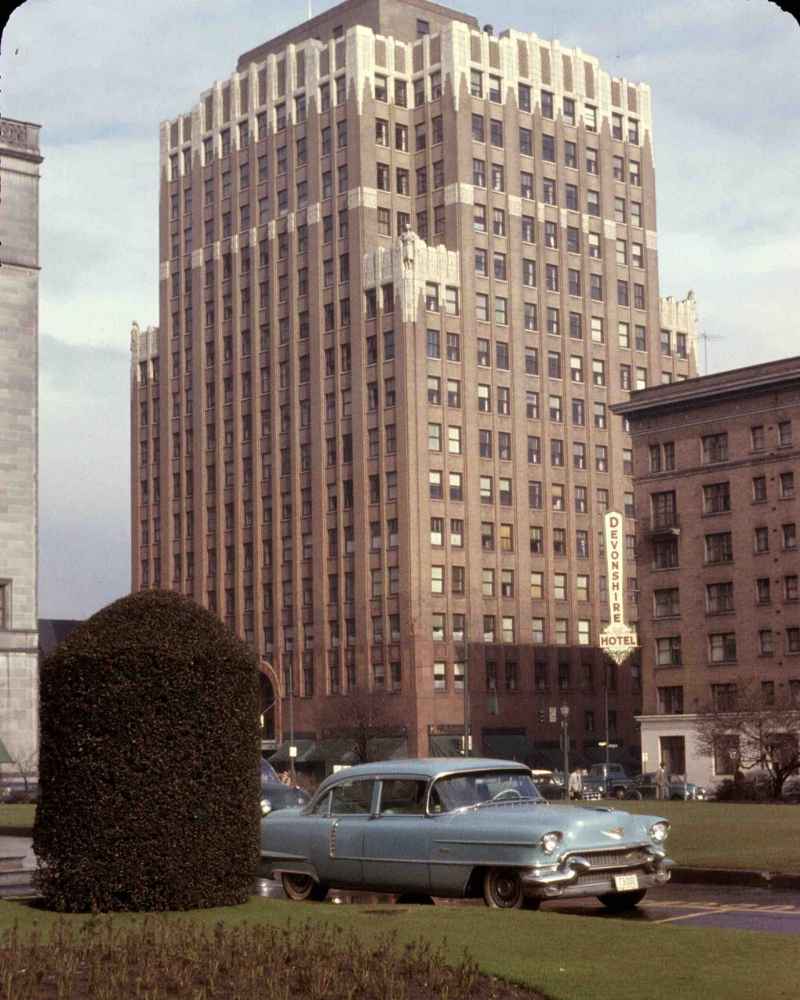 Does Vancouver’s first Art Deco skyscraper look familiar? You might mistake this building for the iconic Marine Building on the corner of Hastings and Burrard Streets. But this one was here first.

The Georgia Medical and Dental Building got its design from the same architects, McCarter and Nairne. They opened it in 1929, just prior to the completion of the Marine Building and it was Vancouver’s first Art Deco skyscraper.

Featuring similar ornamentation to the Marine Building, the Georgia Medical and Dental building was something to behold. But it did not focus on marine life. Instead, the decorative elements on this structure paid homage to birds, lions, horses, and the like. Medical and mythological imagery were also on display.

So what happened to this Art Deco monument?

It was dramatically demolished in 1989. A crowd of onlookers gathered to watch its historic destruction – the first skyscraper implosion in Vancouver. Many protested the demolition of this historic building. Nonetheless, it was sacrificed to make way for Cathedral Place, which now stands in its spot.

On the Art Deco and Chocolate Tasting Tour guests explore these iconic spaces, with insider access, while discovering many more riveting stories about our city’s Art Deco architecture. This dramatic and delicious tour reveals the secrets and scandals behind developments like the Georgia Medical and Dental Building and will leave you with a whole new view of downtown Vancouver.