Bigamy, murder and (gasp!) female impropriety – we discuss it all on The Forbidden Vancouver Tour. And it was all in a day’s work for Vancouver’s first policewomen: Minnie Millar and the woman pictured above, Lurancy (Lou) Durkee Harris.

After being on the squad for just five months, Lou made her first arrest. The crime? Bigamy. The accused was one Annie Smith. Annie had indeed married two men, claiming she thought her first husband dead before marrying the second, and fled the latter’s abuse. It seems the courts took pity on Annie – they gave her a suspended sentence.

Just one month later, in another case, Lou escorted accused killer Lorena Mathews all the way to Oklahoma, to stand trial for the murder of her husband. But for most of Lou’s seventeen-year career, the daily grind was not bigamy and murder. Lou was on the look-out for “unfeminine” behaviour.

In 1911, the city’s sex trade was booming. To help fight this perceived moral scourge, the Vancouver Police Department posted an ad for ”two good reliable women.”

As a 48 year old working seamstress, Lou wasn’t sure she had the relevant experience. But surely the department would provide training, wouldn’t they?  She decided to apply. In 1912 she and Minnie became fourth-class constables. At a salary of $960 per year, they took home the lowest pay in the department. The VPD sent them onto the streets with no training whatsoever. Their duty? To patrol the beer parlours, dance halls, parks, and beaches looking for women committing, or possibly thinking about committing, vice: drugs, drinking, or sex work.

What Are Good Policewomen to Wear?

She at least had a proper uniform, right? Alas, uniforms were deemed too masculine for women. As for weapons? Forget it! Lou and Minnie worked their beat in appropriate women’s attire – long skirts, hats, gloves, and handbags. They were supposed to be proper role models for the women whose behaviour they were there to keep a watchful eye on. In fact, it would take decades for policewomen in Vancouver to attain the same status and equipment given to male police, from weapons, to use of police cars, and equivalent duties.

To learn more about some of the other fascinating characters in our city’s history, check out our guided walking tours. 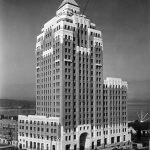 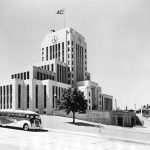