Solve a murder on the streets of historic Mount Pleasant

Murder Mystery on the Streets of Mount Pleasant

The year is 1935. Brewery man Kraft Bier has been found dead in a Mount Pleasant back alley. Strangled by the vines of his very own hops plant. We need your help to solve the case.

The suspects are at large, on street corners, in bars, breweries, pool halls, or lurking inside their secret crime dens. It’s up to you and your squad of fellow detectives to find them and unravel their web of intrigue, deceit and murder – sampling delicious locally brewed craft beer along the way.

This is the third installment of Who Killed Kraft Bier. It sold out in 2014 and 2015. This year Forbidden Vancouver has added more characters, more plot lines, and even more devilish drama to delve into on your investigation.

With 12 detectives in each detective squad – leaving every 20 minutes – will it be your squad that solves … Who Killed Kraft Bier?

A humble brewery man and Kraft Bier’s best friend. But is he the killer?

Rich brewery boss wants to break into the beer cartel. Did Kraft Bier get in his way?

Nightclub hostess loves to party. But where was she the night it all went down?

The most feared mob boss in Vancouver. Was Kraft Bier swimming with this shark?

Did his Mount Pleasant mail route take him to the scene of a murder? 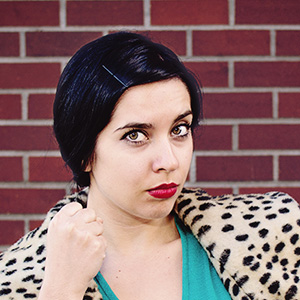 The female Houdini can bend an iron bar with her bare hands. But could she strangle a man?

The Story of Brewery Creek

Mount Pleasant, once known as Brewery Creek, has been at the heart of Vancouver’s craft beer scene since the 1880s.

Who Killed Kraft Bier takes you back to 1935, when a sinister brewing cartel choked the life out of a once-thriving craft brewing scene. Detectives are then brought back full circle, sampling beers in the modern-day pubs and breweries that have sprung up once again.

You’ve gotta have a sharp mind and keen wits to solve this murder. Are you thirsty enough to solve the case?