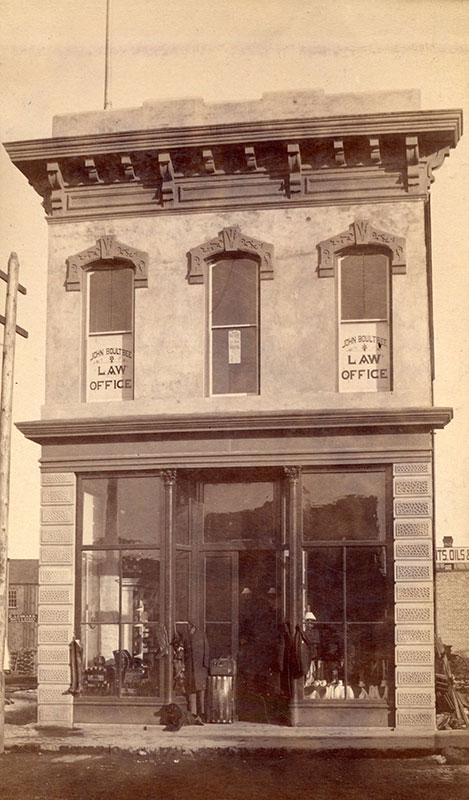 The Lost Souls of Gastown Tour finishes at Gastown’s Maple Tree Square. This is the second Ferguson Block built there, at 200 Carrall Street. The first version, made of wood, was obliterated in the Great Fire of 1886. This one was completed the following year, making it one of the oldest buildings in Vancouver. Having learned his lesson, Ferguson’s new building was the first brick building in town. It was expanded to the south in 1889 using the same design. AG Ferguson made his money building railway tunnels for the Canadian Pacific Railway, and did pretty well as a developer in early Vancouver. Find out more about the Great Fire in The Lost Souls of Gastown Tour. 1887 photo by JA Brock, City of Vancouver Archives #Bu P80.

Go back in time to the Granville Townsite – the wild frontier town that suffered a devastating fire, smallpox outbreaks, and unsolved murders.