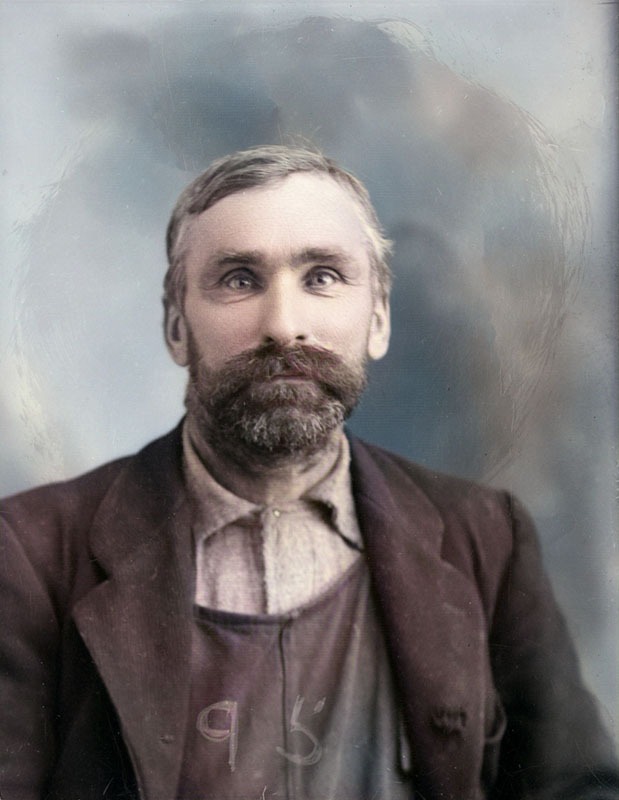 Like many cities grappling with skyrocketing housing prices, makeshift squatter communities have become a hot button political issue in Vancouver in recent years. But throughout the city’s history, these enclaves and efforts to get rid of them are as Vancouver as the Steam Clock. This post looks at one such unofficial and long forgotten neighbourhood at the turn of the last century, called Tar Flat.

Vancouver’s Tar Flat was located at the foot of McLean Drive, a mainly industrial area on the waterfront that was then on the outskirts of the city. It was most likely named after a historic San Francisco neighbourhood. In that city, Tar Flat was south of Market Street at the foot of Rincon Hill from the 1860s until it was levelled by the 1906 earthquake and fire. It got its name from the coal tar refuse that the San Francisco Coal Gas Company Works continually discharged into the tidal flats. A by-product of coal produced electricity, the tar was a noxious sludge that ensured only poor people would live in Tar Flat.

the largest and most splendidly recruited army of do-nothings that the sun ever shone upon. These forever-out-of-workers, leaning against every lamp post, fence picket, corner house, and barber pole in the vicinity, were all male, but they were mostly mated to women fully worthy of them, their wives doing nothing with equal assiduity in the back streets.

A large number of Irish immigrants lived in San Francisco’s Tar Flat, but Wiggan wrote that they “had the strongest prejudice to race suicide,” signifying the area’s racial diversity. Along with the Barbary Coast, newspapers depicted it as the epicentre of San Francisco’s vice and crime. (The word “hoodlum” comes from a Tar Flat youth gang active in the 1860s and 70s.) Some cheeky reporter likely appropriated the name from San Francisco for this corner of Vancouver, not because of coal tar, but because of its marginalized inhabitants.

An early photo of Tar Flat in San Francisco, between Rincon Hill on the left and the buildings in the foreground. Photo by Carleton Watkins, 1860, Getty Museum.

Vancouver’s Tar Flat first appears in the papers in 1899 when police arrested C Haultgreen there for breaking into cabins and vandalizing and robbing them. John Costello claimed that he arrived in 1878 and was the first to clear land at Cedar Cove, where he built a shack while employed at Hastings Mill. Others soon joined him and the population likely spiked after a campaign to clear out the squatters lining Burrard Inlet and False Creek in 1894.

Most of the attention Tar Flat received in the papers was for petty criminal activity, often coupled with calls for its destruction. Newspapers characterized Tar Flat in the harshest terms: “resort of evil-doers,” “that unsavory suburb,” “that vile section of the city,” “rendezvous of the outlaw and thief,” and “a cancer that can only spread its malignant growth” are some examples.

Serious drinkers were attracted to Tar Flat by its proximity to the Columbia Brewery, a popular watering hole about where the McDonalds is today at Powell and Wall streets.

The Columbia Brewery in Cedar Cove, 1892, about today’s Powell and Wall streets, and a short walk from Tar Flat. City of Vancouver Archives #Bu P127.

A German opera singer named Joseph Kappler along with Mary Mueller and her husband opened Columbia Brewery in 1889. Early on, the brewery gained notoriety for its willingness to skirt the law by selling beer on Sundays and to Indigenous people (a crime into the 1950s). Kappler worried about being a victim of crime himself, and kept firearms and a pack of dogs to ward off trouble at the brewery. His vigilance didn’t help him when he got into rows with Mr Mueller, who once sent him to the hospital with stab wounds.

Nor did it stop Tar Flatter William Rutt, aka Billy the Rat, from breaking into the brewery with an accomplice, sampling its wares for several hours, and stealing dozens of bottles of beer.

Mugshot of Tar Flat resident William Rutt, aka Billy the Rat, 11 January 1902. He was sentenced for stealing blankets from an Indigenous woman. City of Vancouver Archives #480-456.

Billy the Rat was a fisher for the English Bay Cannery, one of several casual labour jobs in town that drove the local economy and were flexible enough for Tar Flatters with substance use issues. His neighbour was also a fisher, a one-eyed Black man named Charlie Fredericks who some called “King of the Tar Flats.” Fredericks testified that Billy crashed at his place after robbing the brewery, and stashed the stolen beer in a mattress. Another time, Fredericks had Billy the Rat charged for stealing from his cabin.

Fishing boats being towed for the English Bay Cannery. Tar Flatters Billy the Rat and Charlie Fredericks fished for the cannery, one of several casual labour jobs available to marginalized workers in early Vancouver. City of Vancouver Archives #B0 P25.2.

Billy the Rat, Charlie Fredericks, and a handful of other Tar Flatters were frequently in trouble with the law and were the subject of most of the newspaper coverage of Tar Flat, and were no doubt the major contributors to its seedy reputation. But not all residents fit the stereotype. James Wilson, for example, was a Crimean War veteran and considered a hero for his role in the Battle of Inkerman. He moved to Tar Flat about 1892. Ten years later, police found him in his shack, living in extreme squalor and near death. The hospital was full, so they took him to the city jail until a hospital bed became available. After his treatment, Wilson was sent to live in the Old Men’s Home in Kamloops.

P Burns & Co. abattoir. Most of Tar Flat was demolished when this was built in 1906. Detail of photo by WJ Moore, City of Vancouver Archives #PAN N238A.

One murder was reported at Tar Flat, but the cause of death turned out to be myocarditis due to excessive drinking. On an April morning in 1902, Wade Cunningham rushed downtown and reported a death at Tar Flat. Police came and found the body of Agnes, John Costello’s paramour. With zero evidence, police assumed Costello had strangled Agnes in a “drunken debauch” the night before and arrested him, Peter Miller, Wade Cunningham, and three Indigenous women named Lucy, Sally, and Annie, all of whom were found in Costello’s cabin. The post-mortem examination disproved the strangling theory and the group was released.

Newspaper headline about the death of an Indigenous woman at Tar Flat. Police only assumed it was a murder because of the neighbourhood’s reputation. Daily World, 4 April 1902.

Most of Tar Flat was demolished in 1906 when P Burns & Co. built a slaughterhouse on the site. John Costello and a handful of others were squatting on the adjacent property and so managed to stay until 1912 when the owner of that property decided to sell. Costello fought in court to stay, claiming that he had continuously occupied the property for more than 20 years and therefore had a legal right to remain.

Goad’s 1912 fire insurance map showing the foot of McLean Drive. The circled structures are what was left of Tar Flat until they were demolished that year. Image from VanMap.

Several people testified on Costello’s behalf that he had been there for more than 20 years, but some testimony revealed that he had spent considerable time away while prospecting or in jail. Witnesses of a “more responsible looking type” said Costello’s squat was originally on the property of the shingle mill to the west and that he had only occupied his current location for a decade. (An interesting aside that came out in court was that there is an Indigenous burial ground on the Tar Flat site). Costello lost the case, and he ended up moving into the Commercial Hotel, a single room occupancy hotel that still stands on Cambie Street just north of Hastings. Billy the Rat meanwhile had moved to the banks of the Fraser River in Marpole.