"(A) massive thank you to Glenn for the most brilliant tour ever. The class is still raving about the experience and everything we learned." - Sarah P.

We offer custom versions of three of our walking tours adapted for school field trips: the Forbidden Vancouver Tour, the Dark Secrets of Stanley Park Tour, and the Really Gay History Tour.

Your students will enjoy a fully immersive adventure into local history, from the cobblestone streets of Gastown to the Davie Street Village to the trails of Stanley Park. It’s a chance to get out of the classroom and discover your city!

To request a private walking tour for your school group email us at:

Make sure to mention your:

We’re happy to work with your schedule, just let us know when you want your school field trip to happen and we’ll do our best to accommodate your needs.

If you are a secondary or post secondary educator and you would like to come on a public tour to see if this experience would work well for your class, please email us directly and we would be happy to host you free of charge on one of our scheduled public tours.

With a minimum of 20 students, we can offer you the discounted rate of $19.00 per student including GST.

If you bring 19 students or less, then the price per student is $30.45 including GST. If you have any teachers or staff joining as chaperones, they attend free of charge! 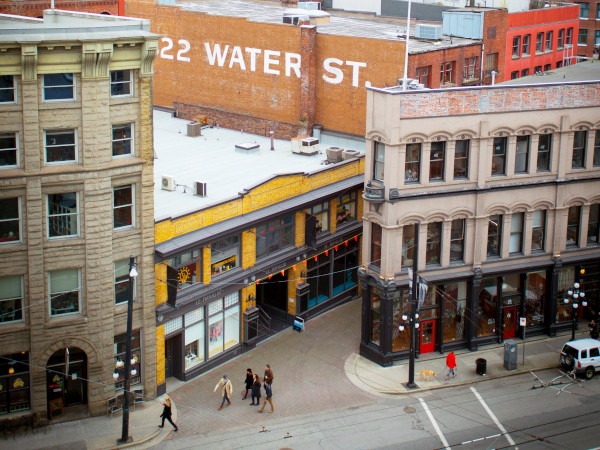 On the Forbidden Vancouver Tour you’ll explore Gastown, our city’s oldest neighbourhood. In the late 1910s our Province experimented with prohibition, meaning the sale of alcohol was banned. Enterprising criminals began to make money “bootlegging,” making and selling liquor illegally to a thirsty population. Even some government officials couldn’t resist the temptation to make a quick buck trafficking liquor.

As illegal drinking dens started to pop up throughout the city, the VPD formed a “Dry Squad” to hunt down bootleggers. Eventually mob boss Joe Celona had risen to the top of the city’s underworld, with even the Chief of Police on his payroll. Fighting for prohibition were the temperance union, a patchwork social movement formed by religious leaders, suffragists who wanted the vote for women, business owners, and many in the general population worried about the huge extent of alcohol abuse in Canada in the years leading up to prohibition, and particularly in Vancouver.

Many people of colour and particularly indigenous communities were brutally targeted under prohibition law, which was used by authorities to exert control over marginalized people. While prohibition was eventually repealed, it sadly remained in place for decades in the case of indigenous people.

Once prohibition came into force south of the border, enterprising sailors made a fortune smuggling liquor down the West Coast in a practice known as “rum-running.” Vancouver’s Reifel family ran the largest rum running operation and would end up one of the country’s richest families. The Canadian government was even in on the act, charging an “export duty” on every case of liquor that left the country.

Discover all this and more on the Forbidden Vancouver Tour! A unique field trip for students from Grade 7 – University. 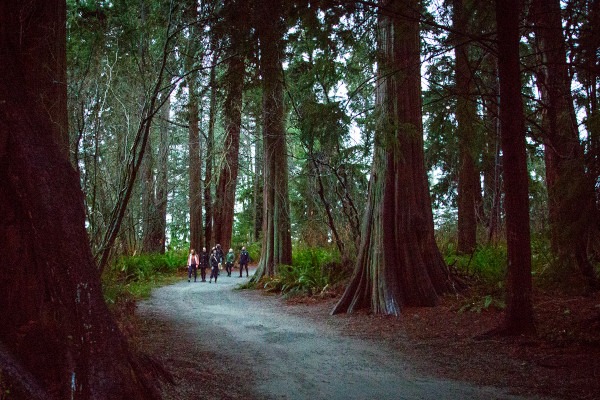 Pretty much everyone in Metro Vancouver knows about Stanley Park. It’s world famous for its dense forest, spectacular views, seawall, beaches, and fabulous trails. The park even won the title of “World’s Greatest Park” in a TripAdvisor contest. But while the park hosts millions of people every year, very few come away from their visit with any knowledge of the park’s remarkable social history.

Stanley Park is not an untouched rainforest. It was home to local Coast Salish people for thousands of years before it became a park, and even for decades afterwards. Numerous villages dotted the shoreline, including Whoi Whoi, which hosted large potlaches and from where a delegation sailed to meet Captain George Vancouver as he explored the area in 1792.

The story of the forced eviction of indigenous people from the land that would become Stanley Park is a shocking background to the park’s creation. Some mixed race indigenous and European families were able to fight back against the City’s onslaught of lawsuits, and keep their homes in the park near Brockton Point until the 1950s. Today their memory and resilience is honoured by the statue Shore to Shore, by Salish artist Luke Marston, which we visit on the tour.

The creation of the park was also about more than creating a space for Vancouverites to enjoy afternoon strolls and picnics. The land was originally intended as a military reserve, established to protect the city should the Americans decide to invade. After it became clear that wouldn’t happen, real estate developers, the Canadian Pacific Railway, the City of Vancouver, and the Federal Government all battled for control of the land. The fact it became a park illustrates the colossal power the CPR once had in Vancouver.

Throw into the mix the tale of Deadman’s Island, stories of true crime, smallpox pest houses, buried treasure, public art, crow shoots and poetry and you’ll find that despite its beauty, there’s a lot more to Stanley Park than meets the eye!

A unique field trip for students from Grade 5 – University: 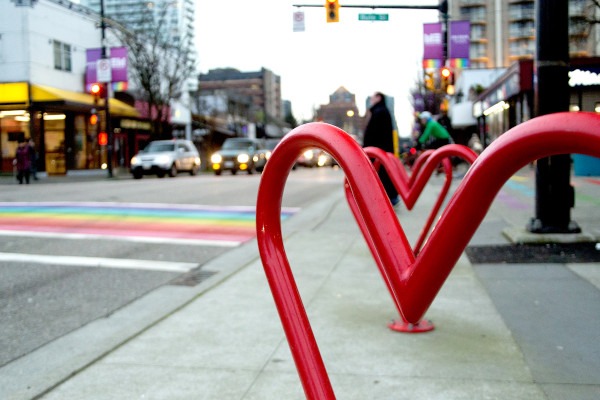 Vancouver’s Davie Street is home to one of North America’s most vibrant gay villages. The city’s annual PRIDE parade draws crowds in the tens of thousands. Our city has openly gay politicians and monuments to gay activists. But it wasn’t always this way…

Before decriminalization queer people lived in fear of being “outed” and risked losing their jobs, families, and even freedom. Canada routinely imprisoned people for homosexuality. Many of the leaders in the struggle for queer liberation in Canada were from here in Vancouver. People like ted northe, who had the bravery to campaign for queer rights back in the 1950s.

Vancouver has played a larger-than-life role internationally in the struggle for equality. We had the world’s first openly gay church minister, St Paul’s hospital opened one of the first dedicated care units during the AIDS crisis, and we had Canada’s first chapter of the Imperial Court System. We also had bookstore bombings, some of the country’s first PRIDE marches, and a transgender campaigner who blew the whistle on the biggest crime in the city’s history.

Drop us an email at [email protected] to arrange your school field trip with Forbidden Vancouver Walking Tours!