Choose one of our Forbidden Vancouver signature events or arrange a custom private tour based on your interests.

Perfect for birthday parties, family reunions, social clubs, or just getting together with friends! 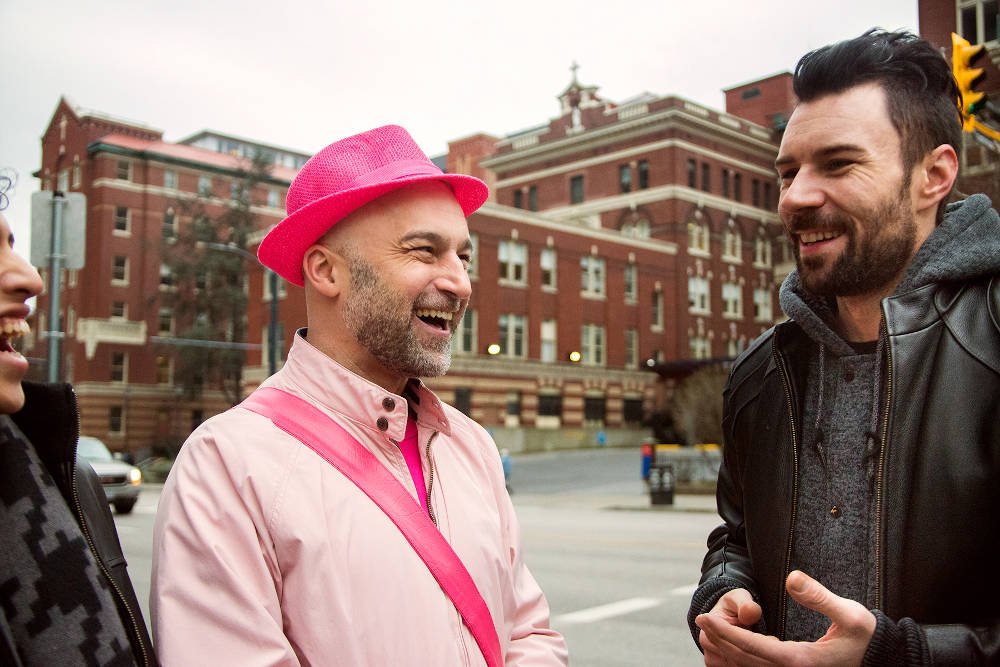 Want to get together with your friends and family for an outdoor experience in Vancouver that’s original, active, fascinating, and completely engaging from start to finish? You’ll discover history you won’t believe happened, on the streets where it all went down. Plus our guides are some of the friendliest, funniest and most charming people you could meet!

On the Forbidden Vancouver Tour you’ll explore prohibition-era Gastown, a time of bootlegging, rum-running, and speakeasies. As you stroll the city’s oldest cobblestone streets you’ll hear stories of saloon bar brawls, corrupt prohibition commissioner Walter Findlay, mob boss Joe Celona and his quick-shooting wife Josie, infamous riots, dry squad raids, and our city’s greatest smugglers. And what better way to end your walk than in Gastown…surrounded by some of the city’s best bars and restaurants.

On the Dark Secrets of Stanley Park Tour you’ll discover the park you thought you knew has a remarkable – and oftentimes shocking – history. Until European settlers forced the eviction of Coast Salish people from their villages and homes, the land had supported indigenous communities for thousands of years. The creation of the park itself was the result of one of the murkiest real estate deals in Vancouver history (and that’s saying something!). And today the park remains home to settler smallpox cemeteries, bizarre public art work, and true crime scenes. Plus you’ll hear the incredible story of Deadman’s Island! You’ll never see the park the same way again.

On the Really Gay History Tour you’ll walk the city’s bustling West End with storyteller and tour creator Glenn Tkach as your guide. You’ll hear tales of gay struggle at the United Church, drag kings, the myth of Patient Zero, our city’s very first PRIDE parade, bookstore bombings, Jim Deva Plaza, Vancouver’s secret gay village, and the transgender activist who blew the whistle on the biggest crime in Vancouver history. As Glenn dives into the Vancouver histories of the full LGBTQ2+ alphabet, you’ll learn how the city played a major role internationally in the struggle for acceptance of queer people. And where better than the West End for your crew to enjoy a post tour cocktail or meal?

Each walking tour is approximately two hours in duration.

The cost is $29 per person plus gratuity and fees/taxes. Note we require a minimum of 9 people, or the equivalent cost.

To request a private walking tour email us at:

Make sure to mention your:

We’ll reply within 24 hours. We hope we’ll see you soon!